Women face double standards that force them to balance between showing too much strength and not enough. Diversity executives can help drive needed cultural change. 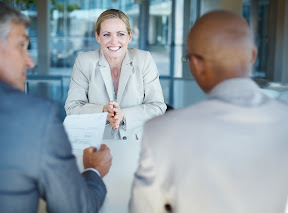 Women have more power to increase leadership diversity than any other group supported by diversity programming. According to the U.S. Bureau of Labor Statistics, the number of women is more than twice the size of the three largest racial and ethnic minorities combined. But cultural obstacles stop many women from taking that step.

Research identifies double standards as the reason why. For example, a 2012 research study from Yale University found that male leaders who talk a lot are rewarded, while women who speak up are seen as being too domineering or presumptuous. As a result, women temper how much they talk, the research said.

Separate research shows that women’s reluctance to speak extends to taking credit for work. Women simply don’t credit themselves for their accomplishments when working with men, according to a study published in the July 2013 edition of the Personality and Social Psychology Bulletin. Given that career advancement requires both speaking up and taking credit for success, women pay a high price for efforts to avoid being tagged as too presumptuous.

Women face another double standard when they don’t appear strong enough. Female leaders who are tentative are penalized, while men get a pass, according to 2013 research published in the British Journal of Social Psychology. In this research, men giving a speech could use hedging language like “ums” and “you knows” without penalty, while women who did so were deemed less likable and influential.

Taken together, these studies highlight the need for change. While no solutions are easy, diversity executives can contribute by strengthening programs that help women build crucial skills, by launching research-driven initiatives that address hidden biases and by becoming gender diversity champions beyond the workplace.

For example, Novartis has targeted invisible as well as visible barriers through its Executive Female Leadership Program, or EFLP, launched in 2010. The 12-month program addresses issues that talented women face when they aim for the highest levels of the organization and covers cultural issues such as low tolerance for different leadership styles. Novartis reports that 20 percent of participants have moved into executive-level positions and 80 percent have either been promoted or made a lateral career move to broaden their portfolio of experiences.

To help women build the skills they need to overcome double standards, provide access to external training opportunities like executive coaching. Financial services company Credit Suisse has supported coaching opportunities for women by sponsoring an annual executive coaching summit with the Financial Women’s Association, featuring sessions on topics such as speaking with impact, understanding the psychology of influence and becoming habitually strategic in all communication.

Also make sure to provide women with sponsors and mentors. One company that has made women’s sponsorship a priority is American Express, which encourages sponsorship opportunities between women and senior leaders through its Women in the Pipeline and at the Top initiative.

To drive cultural change, engage senior leadership on the importance of addressing double standards. The diversity and inclusion team at pharmaceutical company Genentech presented research on how hidden or unconscious biases affect hiring and succession planning, and the company has committed to incorporating research on hidden biases into leadership programs to advance women and people of color.

Since double standards reflect societal perceptions, become a gender diversity champion by advancing the issue beyond the office — by connecting with colleagues in other organizations, reaching out to the community and speaking out on the importance of gender diversity.

Working together, executives across sectors can help end the double standards that keep half of America’s talent on a gender tightrope and cause leadership losses with every slip.

View all posts by: StemployADMIN