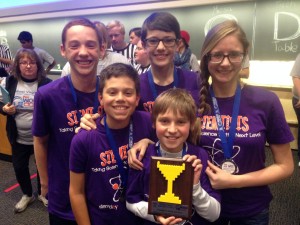 Hosted by Mountaineer Area RoboticS (MARS) Team, 27 teams of middle school and elementary students from across the state participated for the first qualifying FLL competition in West Virginia. 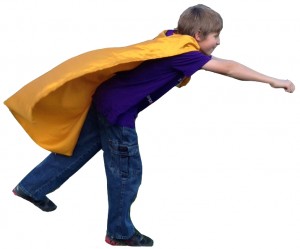 The team competed very well in the Research Project, Programming/Technical Robot Design, and Core Values sessions and their robot placed 7th overall in the table missions. They are ‘taking learning to the next level’ by striving to be Super Heroes for World Class Learning! 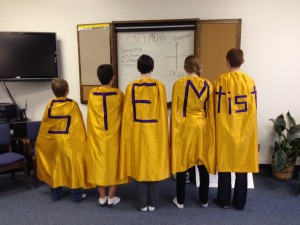 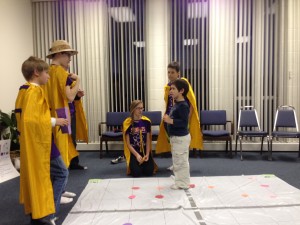 For their project skit, the team had a great time teaching K-3rd grade students an innovative way to learn Math concepts (x and y axis and graphing) using a game-based floor mat and relating it to Geocaching. 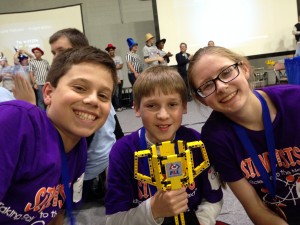 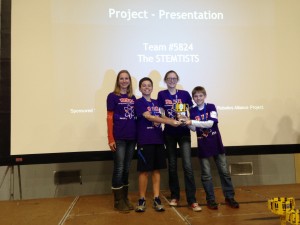 STEMPLOY’s students, all from Suncrest Middle School and ranging from grades 7-8, called their team the STEMTISTS: Taking Science to the Next Level.

View all posts by: StemployADMIN